Home
Web Dogs
This Baby Labrador Retriever Is Learning How To Howl, And The Result is Adorable!

Large dogs were once tiny puppies. And while they were young, they were doing their best to learn the things that would be useful for their survival. They learned how to walk, run, and of course, make distinct noises, such as barks and howls.

But can a dog actually learn how to howl at a very young age? A tiny black Labrador Retriever puppy in this story says yes!

A cute howl from a cute dog

A man named John Callaway, also known as @pachelibre on TikTok, shared a video documenting how his three-week-old Labrador Retriever was learning how to howl. In the clip, you could see the tiny pup sitting cozily on Callaway’s chest. Then, Callaway let out a realistic howl.

In response to Callaway’s noise, the tiny pup raised his head and tried to produce his most convincing howl. Of course, the sound was tiny. Nevertheless, it was so cute that it could melt anyone’s heart.

At the end of his little howl, the pup yawned and then made a Chewbacca-like noise. Check out the seven-second TikTok video below if you’re in need of unadulterated good vibes!

The TikTok users chime in

The TikTok community definitely couldn’t get enough of the Labrador Retriever’s cuteness. Currently, Callaway’s video with his pup has drawn in more than 14 million views. It also has over three million likes, around 126K shares, and more than 14K comments.

One commenter exaggeratedly said that she would die for Callaway’s pup, presumably because of his cuteness. A lot admired the dog’s persistence to get his howl right. Nevertheless, one assured the pup that he did a great job.

Someone also said that the clip was the cutest thing that he had ever seen. Another commenter shared that his one-year-old Siberian Husky still gagged every time she tried to howl. 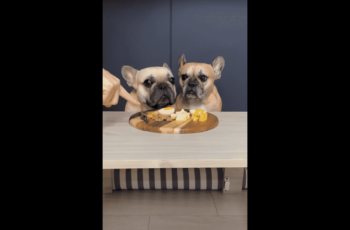 French Bulldogs are known for their cute looks and calm … 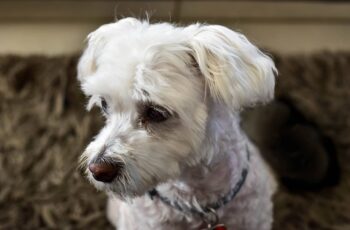 Baxter lived as a stray dog in Armenia and was …