You have most likely watched the movie “The Lion King,” and you know how the whole story goes. The scene in which King Mufasa, Simba’s father, dies, You probably cried. Or, at least felt incredibly sad. It’s a powerful movie that is timeless.

Don’t worry. Many of us cry during movies. It’s not something that you should be ashamed of because many people react the same way. And it’s not only humans who have felt like that – a dog also did! Yes, that’s right. A dog also showed sadness when he saw Mufasa die on screen.

The footage shows how a dog reacted when that particular scene played. The movie is so iconic that it surely has been something that people have watched and would no longer be affected by it. But for this dog who watched it for the first time, I’m not surprised.

In the video, the dog is watching “The Lion King.” He has his human with him also watching it.

As we watch the video, you notice that the duo is just relaxing and doing fine. That is until you arrive at the scene when Mufasa has to die in the hands of his brother, and Simba sees the entire thing.

The dog who was so focused on the screen began to whimper and looked as though crying at Mufasa’s death. It would seem like he knows what has happened and that he really felt the scene that just played on the TV. 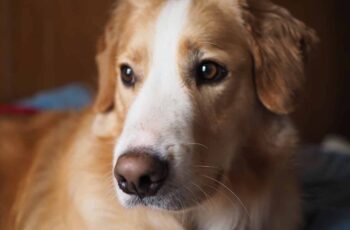 Ian Azeredo is an experienced adventurer that has gone skydiving … 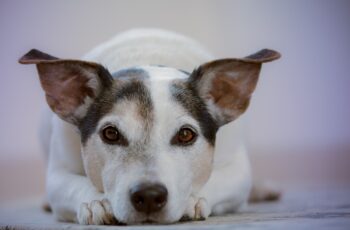