Ruby was just several months old when a fire broke out in her owner’s home in Blakely, Georgia. Responders from the Palm Harbor Fire Rescue rushed to put the house fire out, but they were too late.

The flames were too big, and they engulfed the house immediately. By the time the firefighters arrived, the house was already burned down. Unfortunately, Ruby’s owner perished, along with another dog that lived there.

Neighbors told the responders that the house owner had another dog, which was Ruby. The firefighters immediately went through the rubble, hoping to find her alive. But she was nowhere to be found.

Two days after the devastating incident, neighbors notice something moving from the charred remains of the house. They went for a closer look and found Ruby, desperately trying to climb herself out of the rubble. She was visibly injured and hurt.

Ruby was rushed to a vet, where she had emergency treatment for third-degree burns. She stayed for quite a while in the clinic, When her condition somehow stabilized, she was moved to a bigger animal hospital. The dog was then moved to a foster home, where she continued her recuperation.

The firefighters of the Palm Harbor Fire Rescue learned about her miraculous survival and they wanted to personally meet her. When they did, they immediately fell in love with the adorable pooch. Now that she is homeless, they decided to adopt Ruby.

Once it was official, the adorable pooch was transferred to their fire department where she now has a very large family.

To the dog’s delight, each of the firefighters would spend time with her every day. They taught her new tricks and trained her in several procedures when there is a fire. This is because they plan to use her in teaching children about fire prevention and safety.

Ruby will become the new face of the department and would also play an essential role in keeping up morale among the brave rescuers. 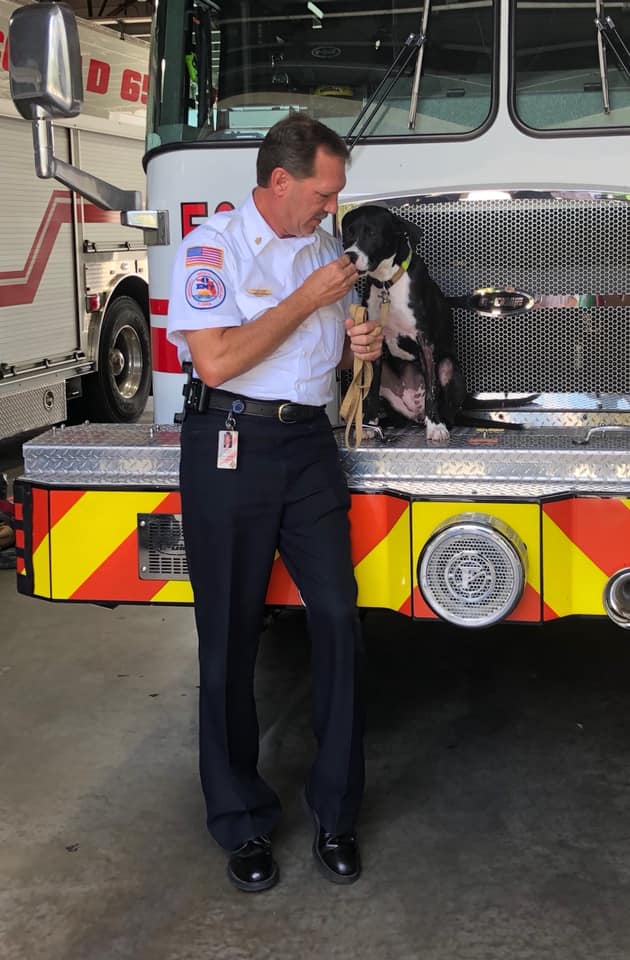 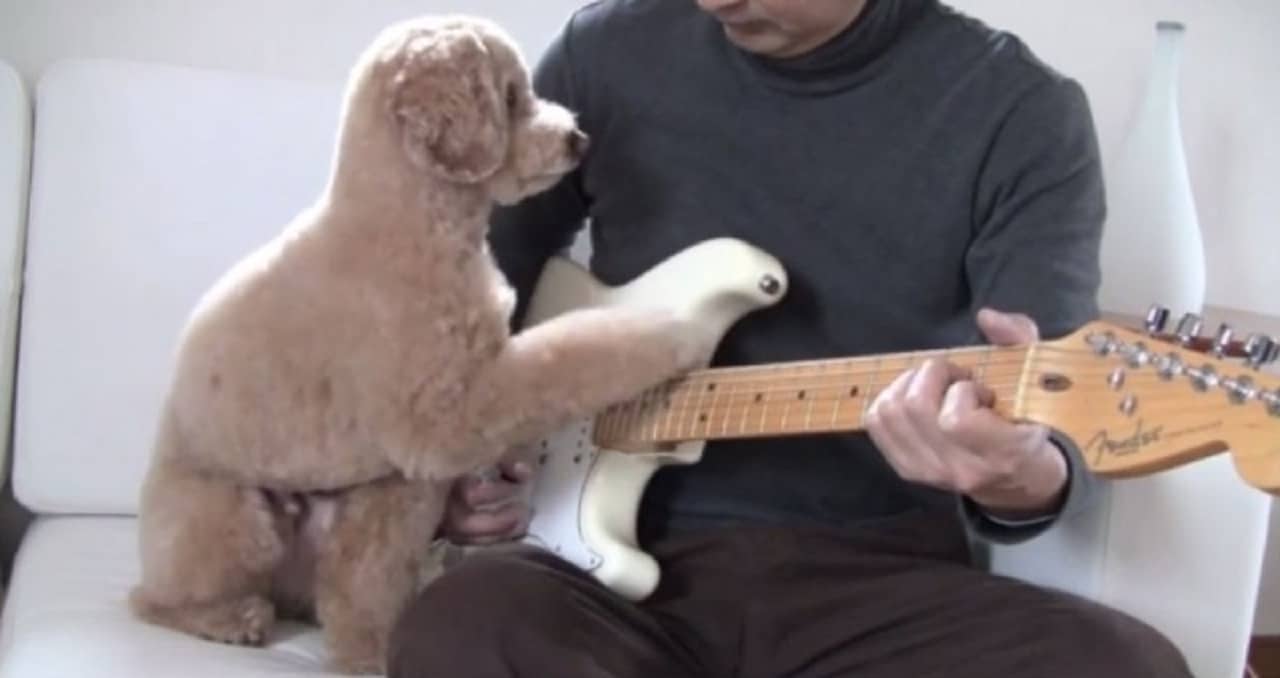 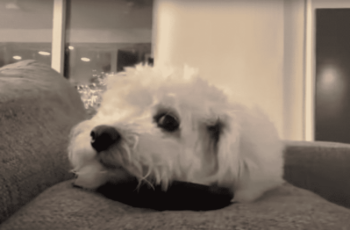