Ian Azeredo is an experienced adventurer that has gone skydiving more than a hundred times already. He has traveled to numerous places, admiring the views from hundreds of feet above the air. But tragedy struck in 2019 when he had a mishap, and he landed on the ground at 60 miles per hour.

Ian broke a lot of bones and had a terrible concussion, but he survived. For the next few months, he stayed in the intensive care unit unable to come out of a coma.

The shelter next door

Ian’s wife, Linda Farkas, was there by his side all throughout the ordeal. She rarely left her husband alone, and would only go if there was something necessary to be done.

One day, she went to a deli near the hospital to have a quick lunch. They didn’t allow meals in the ICU, so she had to go out. While eating, she noticed a couple of people putting up therapy dog posters. It said that a shelter down the road named St. Hubert’s Animal Welfare Center offers therapy dog visits to help lift up the spirits of those that are sick and injured.

True enough, Linda noticed that several dogs made regular visits to the hospital where Ian was staying.

After two months, Ian finally came out of his coma. But he still had to spend the next nine months in the hospital to recover from his severe injuries. During those difficult times, Ian got to know some of the therapy dogs that went there. Linda saw that her husband’s eyes would light up every time he interacted with those wonderful pups.

Even when Ian was in excruciating pain, he couldn’t help but smile when he sees the dogs.

When Ian was finally allowed to go home, the couple decided to get a therapy dog of their own. They visited St. Hubert’s and they were introduced to a Retriever mix. The affectionate dog quickly jumped on Ian’s wheelchair and started locking his face. That sealed the deal.

The excited couple adopted the lovable pooch and named him Otter.

It didn’t take long for Otter to create a special bond with them. He became a beloved part of the family and never fails to bring a smile to his owners’ faces. Ian and Linda know how precious their dog is, and they plan to get him certified as a therapy dog. This way, he can visit hospitals as well and share the enormous love that he has inside him. 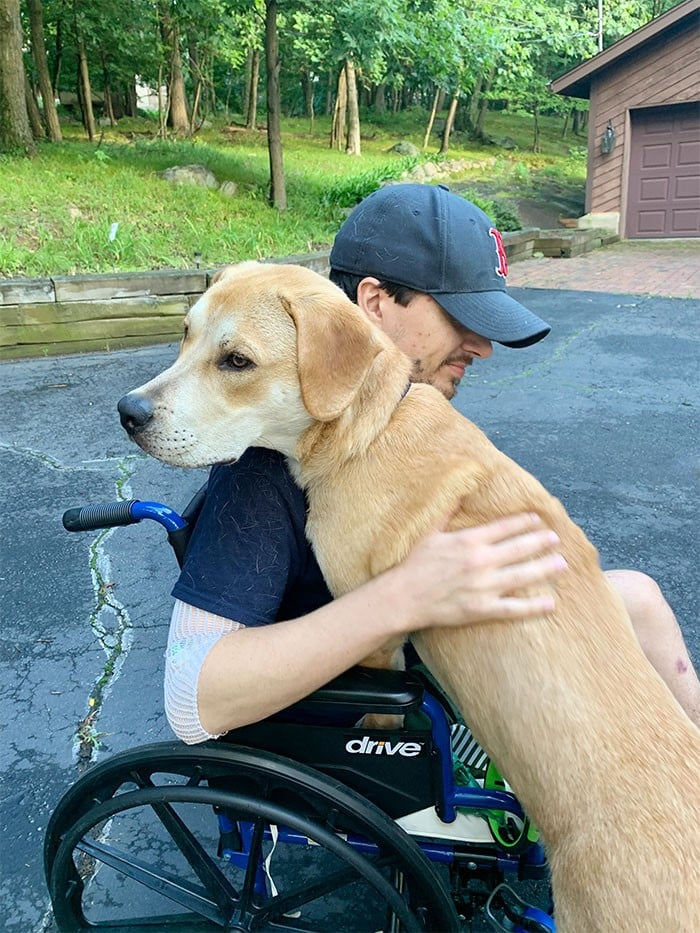 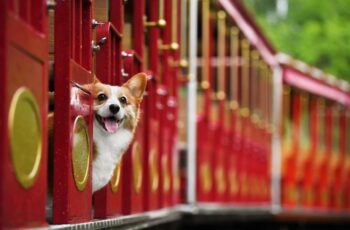 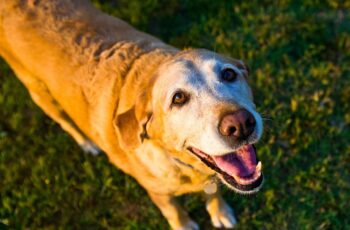 Christmas is a day of giving. People worldwide share blessings …