No matter how hard and challenging life is, you will always end up with hope. And that hope will always help you keep moving forward.

This is what Kasey just proved after winning the prestigious World ‘s Cutest Rescue Dog Contest by PEOPLE Magazine.  This rescue dog has won not only the hearts of the judges but also of those who are looking for stories of hope.

A survivor of human abuse

Kasey, a six-year-old Keeshond, had bested over almost 7,000 other adorable pooches to win the contest. Her grand prize included a one-year supply of Pedigree dog food, an appearance on the TODAY show, and a $1,000 donation to the organization called KARMA or Keeshond Affiliated Rescuers of the Mid-Atlantic.

Kasey and her family picked KARMA so that they could help other Keeshonds that needed to escape the harsh realities of abuse. Kasey’s owner, Sheila Cosgrove, had been involved in pet rescue, and she had a network composed of numerous Keeshond owners.

It was through this network that she got to meet Kasey. Sheila said that she had learned about a puppy mill in the upstate part of New York, where Kasey was found. Over time, the rescuers were able to convince the operator of the puppy mill to surrender the pups a few at a time.

Initially, Kasey was a skittish dog. But with enough time and patience, Kasey learned to warm up to her new family.

An inspiration for humans to save a dog

Sheila hoped that Kasey’s story would inspire others to take the time to save a pup from abusive situations. She also hoped that they would put in the effort to give these dogs a full, love-drenched, and enriching life.

One thing that had stuck with Sheila was the observation that dogs quickly forgive. She said that for all the people who failed her, Kasey still had the power of forgiveness. She added that all rescue pets were supposed to be loved. 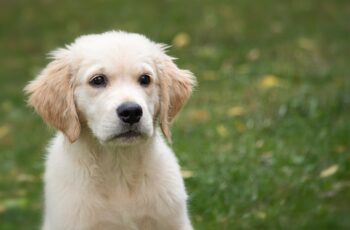 Dogs always deserve their own statues! And thankfully, humans honor … 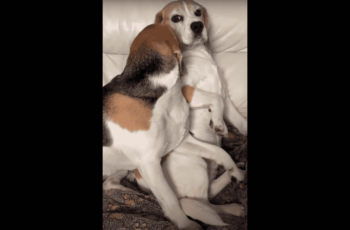 Watching two dogs hang out together is probably one of …