As a pet owner, your worst nightmare includes finding out that your dog is missing. It’s no joke worrying about where they could be and how they are doing. You could only hope and pray to find them soon and be reunited with them once more.

Kenny Erickson and his girlfriend Ashley Preston were a couple who owned two lovely Pitbulls. When Kenny got home from work one day, he noticed that one of the pups wasn’t there welcoming him home like she used to. 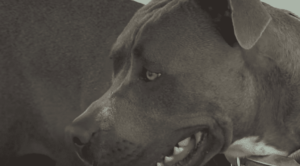 Lexi, their four-month-old Blue Nose Pitbull, was missing. Kenny went around their house and their yard looking for her but she wasn’t there. He figured that someone could’ve taken her out from their yard and stole the poor puppy.

Kenny and Ashley started looking for Lexi around their neighborhood but there wasn’t any sign of the missing pooch. They also gave out and posted flyers to help them look for their puppy, offering a reward to anyone who could lead them back to Lexi.

They had no news about the pup until two months later. Someone called up the couple and told them that they knew someone who was trying to sell a Pitbull that completely matched their description of Lexi. So Kenny and Ashley went and checked. 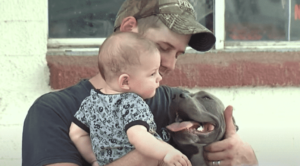 They went to the seller’s house pretending like they were just looking for a dog to adopt. They didn’t let the seller know that their dog was stolen. Then the seller told them a secret that completely shocked the couple.

She told Kenny and Ashley that she actually stole the Pitbull herself. After a while, they left the house acting like they didn’t have any reaction to what the seller told them and started to take action. The couple went straight to the Florence Police Department in Arizona who had the report on Lexi.

Authorities took over and charged the woman for stealing dogs. Kenny and Ashley were so happy that they were able to find where Lexi was and they were finally back together. The pooch also seemed excited to see her owners once again. 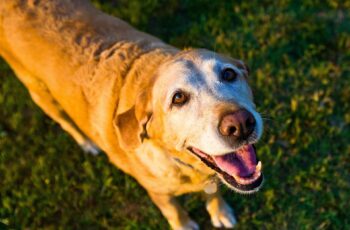 In a viral and cute video posted on Tuesday, a … 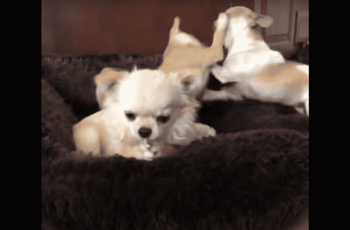