The traffic lights had just turned red at a busy crossroads in Tampa Bay, Florida, when 26-year-old Celina Romera noticed a dog barking in one of the cars in front of her. Then she noticed that the driver, a man wearing a black hoodie, had exited the vehicle. He approached the vehicle on his left while concentrating on something on the window.

She prepared herself for what she was going to witness so she took out her phone and used its camera to film what was about to happen. It was easy to anticipate an imminent argument that would turn into a verbal brawl, but thankfully, that was not the case.

The German Shepherd in the other vehicle has its head out the window, eagerly awaiting the approaching man. The man carried something small and frail in his arms, moving gently and cautiously. With a closer look, it actually turned out to be a small coffee-colored puppy.

The German Shepherd most likely saw the puppy and was eager to engage in play. Fortunately, the man with the puppy saw it as a chance for the two canines to meet.

Without hesitation, the man took the little puppy closer to the other dog. The worst-case scenario is that this could end badly if the German Shepherd perceived the gesture as menacing.

Surprisingly, the German Shepherd enthusiastically licked the little dog. The dog seemed rather enthusiastic about it. Celina couldn’t help but coo at the scene unfolding before her.

The man also appeared to be enchanted by the interaction, but he realized he had to return to his vehicle immediately. He gave the German Shepherd one last head scratch before they returned to the car. Fortunately, the man got inside his vehicle just in time as the light turned green.

Half of the German Shepherd’s body still remained outside the window, indicating he was not prepared to leave. When the cars in front started to move again, the vehicle where the large dog was, also began to move. However, it took the man with the puppy a few more seconds before he began to move. Fortunately, Celina was close behind him, and she told herself to be patient. 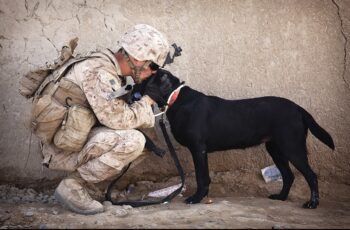 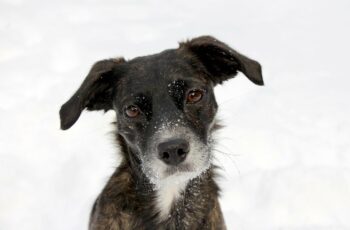 A kind woman living in Vernon City, California called a …