During the Iraq War, a guy named Nick Pierzchalski served as a medevac pilot for the Army National Guard. Nick saved countless lives by transporting wounded soldiers out of hazardous regions and to safety during his time there. He and his crew made it possible for many of our valiant men to return to their families.

Nick was already experiencing the mental hardship of being hundreds of miles away from home and family, despite the number of lives he had rescued. He was homesick, and his morale was suffering as a result. However, just when everything seemed hopeless, Nick found a source of solace.

Nick was stationed at an army post when a stray dog approached him and befriended him. The soldier chose to name the dog Airys. He also discovered that Airys was part of a pack of stray canines searching for food in the devastated city. Airys was an orphan, and Nick wanted to adopt her.

As the months passed, Nick’s constant friend, Airys, reminded him of home. In the war-torn country of Iraq, he saw Airys as his only family and felt so much better while she was with him.

Nick constructed a kennel in the hangar for Airys, fed her, and played with her. Airys also made the decision to abandon her pack and join Nick at the military base.

Nick and Airys grew inseparable over time. Although Airys did not receive leash training, she did not wander around the base or run away. She was always with Nick and behaved well.

Nick already considered Airys to be a member of his family and was actively searching for a means to get her from Iraq to his home in Florida. So, as Nick prepared to depart Iraq, he handed Airys to his fellow soldiers, who provided her with the finest care. He also reached out to SPCA International for assistance in bringing Airys to the United States shortly after returning home.

It was not an easy undertaking, but SPCA International workers and volunteers made it happen. Nick finally received the call he had been waiting for after several months and a mountain of paperwork. Airys was being transported to the United States.

Nick was anxious on the day of the reunion, believing that Airys would not remember him at all. It had been months since they were together.

As soon as Airys arrived and Nick opened her cage, however, Nick’s concerns vanished. Airys gave Nick a quick sniff and recognized him immediately. Airys began crying and rolling on the ground while begging her old friend for belly rubs. It was one of the most touching and emotional reunions between a man and his dog. 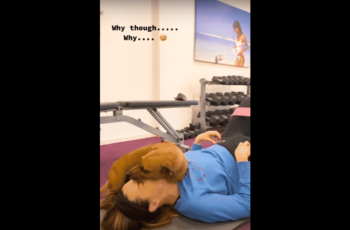 Dogs have always been hilariously straightforward with how they feel, … 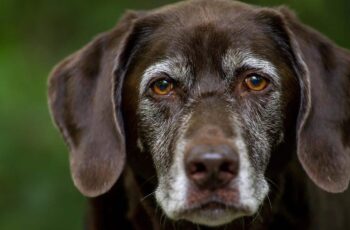 The internet has a wealth of stories featuring dogs saving …