Clear glass doors could be deceiving. If you’re not careful, you might try to walk your way into a room without noticing that there’s a clear glass blocking your way. And you may accidentally bump it and hurt yourself – just a bit. And if there are lots of people around, it might just become an embarrassing situation.

Of course, most of us know how to be careful to prevent such things from happening. After all, we learn from our experiences. Dogs could learn from similar experiences, as well. Take, for instance, the little fluffy doggy shown in the video below:

In the video, a cute little puppy is standing right outside the clear glass door. Even though he’s been enticed several times by its owners to go inside the house, he can’t seem to do so. He hesitated and hesitated some more. Treats didn’t even help much. He remained outside despite the constant pleas from its owners to go inside. But when one of his owners approached him and pretended to open the glass door, the dog made its move. He must have realized that the glass door panel is no longer there to block his way. Therefore, he can go inside the house and collect his treat. And so, inside, he went – happily.

The tiny dog realized earlier on the glass door panel will prevent him from going inside and that somebody from the inside should open it to let him in. But what he didn’t realize was, the door was already open, and he could waltz his way in to collect his treat. This is what made the video so entertaining and hilarious, that’s for sure. There’s another thing that we’re sure of as well: the dog is smart because he figured out that glass doors could keep him out. He needs to learn how it looks when it’s closed and when it’s open. 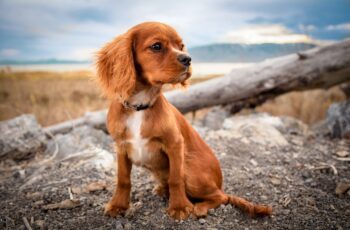 Sometimes, the royal life can be very exhausting and that … 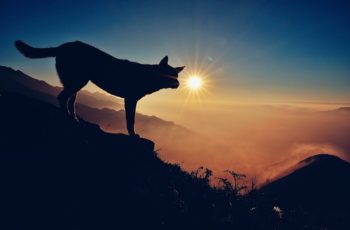