A gorgeous couple has been traveling in their RV with their two dogs. They decided to take a vacation in Mexico, unaware that this trip would change their lives.

When they opened their door one morning, a dog greeted them outside. Katelyn and Howard greeted the dog warmly. It even spent several hours on the beach with them.

At the end of the day, they parted ways. The pair hoped to see the dog again, but they were not really expecting that they would.

The dog returned the very following day to their RV. Since that day, the couple has developed an attachment to the dog. They gave it food and a temporary shelter.

They spent two months in Mexico with the dog. Katelyn and Howard have been discussing whether or not to adopt it. They already have two dogs and are wondering if they can accommodate a third.

They ultimately decided that they will keep the dog. Even a veterinarian was brought in to administer the dog’s vaccines.

Sadly, before making the decision official, they received some devastating news. They discovered that Scout, the dog, had an owner. The couple and their two dogs would have to leave Mexico without Scout.

The pair were really emotional. A man saw them, and then approached them. That man was Scout’s fur dad.

He assured them they can keep the dog if they love him. He also said that they could no longer afford to feed Scout, so he would fare better with the couple.

Because they have fallen in love with Scout, the couple was really pleased that they can keep him. Before they could bring him to the United States, they faced another obstacle.

Scout had to learn how to live in an RV. Thankfully, Scout became accustomed to traveling in the mobile home.

Now he is traveling happily with his new family. He is now well-nourished and cared for. Scout is enjoying himself immensely. 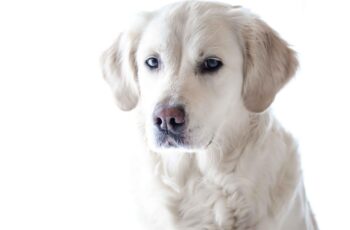 Green symbolizes a lot of things. Some see it as … 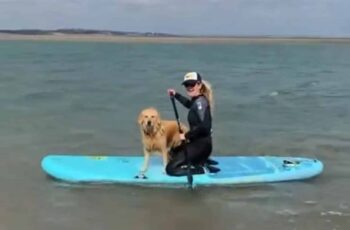 Canines love spending quality time with their fur parents at …