A mother and son tandem had been with the Windham Animal Control shelter for two years now. They are still looking for a family they can join for the rest of their lives.

When their owner got imprisoned, they were given to the shelter in Connecticut as he obviously cannot provide for them anymore.

The two dogs showed a sweet and endearing attitude from the beginning, leading the shelter volunteers to believe that the pair would be adopted in no time.

However, the duo named Baxter and Kaiah had been with the shelter for more than two years, and unfortunately, no one has taken them in yet. 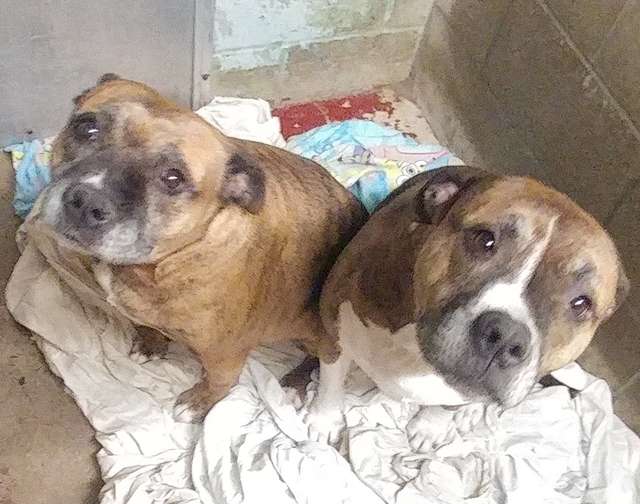 Baxter, 8, and Kaiah, 10, have both been waiting for a new family to whom they can give more love and get the same in return.

Although they are both in their prime years, the duo is still very energetic and playful. One could say that the pit bulls are ready to give out love and happiness to anyone anytime.

Being mother and son, the two still had differences.

Baxter is playful and goofy, while Kaiah is a gentle pit bull. Like human mother and son, the pair also curl up together when sleeping. 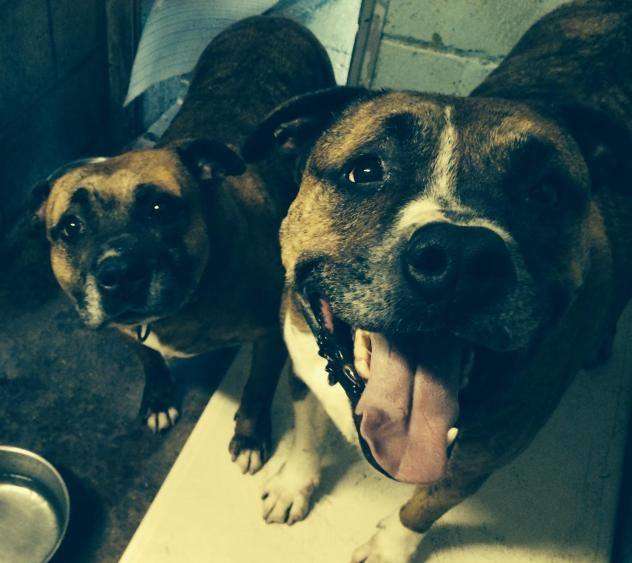 Also as a son, Baxter is naturally protective of his mom. Without Kaiah, Baxter feels lost. This prompted the shelter volunteers to keep them together in one kennel and adjust the rule of one dog per kennel. This also meant that the pair would have to be adopted by one family and kept together.

When they are not lying beside each other indoors, the pair would be playing outside in the yard. The two of them like moving and walking around without leashes, which could pose a problem for their future owner. Nonetheless, the pit bulls will appreciate the outdoors better when permitted to walk around this way. 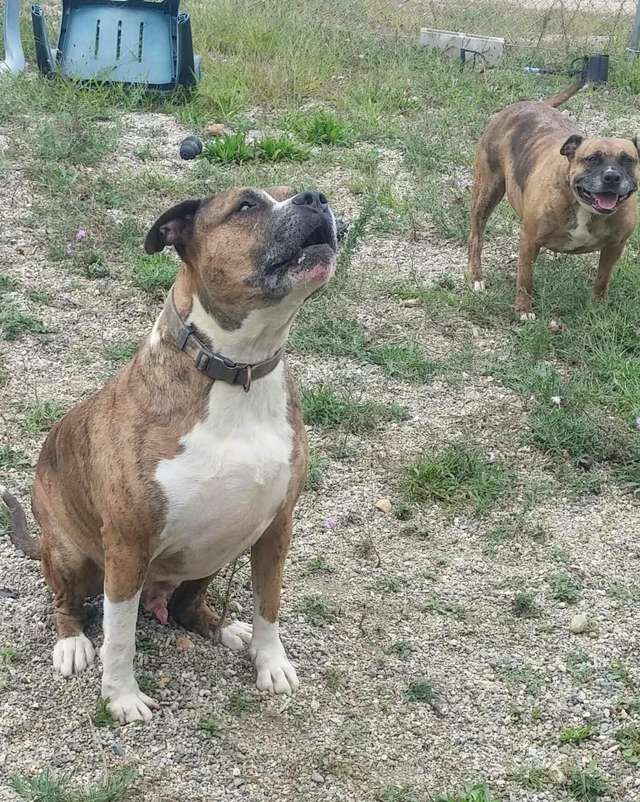 In order to find the perfect match for the two dogs, the shelter came up with a list of qualifications for adopting families. Baxter and Kaiah can get along with people of all ages, even babies!

All they need, however, is a family that is experienced with being with big dogs.

Hopefully, Baxter and Kaiah get adopted by someone awesome who can provide them with the best senior dog years they could ever have. After what they went through, the mother and son tandem totally deserves a nice, loving home.

The Dodo is credited for the photos and the story. 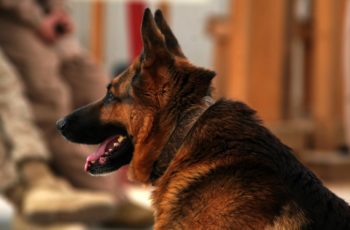 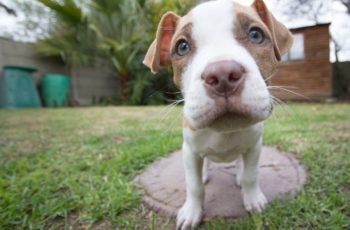 The heart that seldom loves usually loves the hardest. This …