When Holly Emmerson found a stray Cocker Spaniel, she noticed that the dog was blind.

The dog was in dire need of help and a home. Holly straightaway decided to adopt the dog. She not only took the dog home but from that day onward, she got determined to get the dog’s eyesight back as well.

The dog was named Olive. Olive had to live in darkness for quite a large part of her life, but now she had hope in the form of Holly.

Soon after the adoption, Holly took Olive to the vet to find a cure for her blindness. The vet was happy to inform Holly that it was possible to restore the eyesight by performing a surgical procedure. Holly was over the moon to hear this. She got the appointment for surgery while hoping the best for Olive.

On the day of surgery, Holly and her husband, Bart, were feeling both excitement and anxiety at the same time. They wanted everything to go smoothly because, in case of a successful surgery, it would be the first time that Olive would be able to see her owners

Then came the moment! Olive arrived from the vet’s clinic and was looking healthy and active. The surgery was a success, and Olive had her eyesight back.

Olive finally became able to see Holly and Bart for the first time, and her excitement was something to witness. Olive was jumping up again and again to have a closer look at her owners. The owners noticed that Olive was looking at their faces, which was a sign that she was finally able to see.

Olive was not the only one who was feeling excited; the owners were also ecstatic to see their beloved dog have her eyesight back.

Here is a video capturing the moment Olive saw her owners for the first time.

Friendship is one of the sweetest and greatest things in … 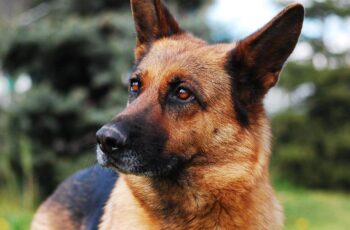 Even in the present time, a lot of dogs are …